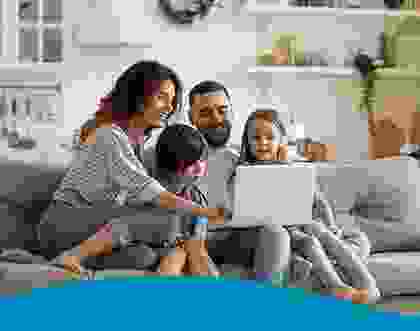 Our Credit Union offers a number of services to the members.

Important Notice To All Members

During the present Emergency, Cash Withdrawals will be limited to €500.00 per member, per week. This is to ensure that we can meet the cash needs of all our members during this crisis.

Due to the ongoing COVID 19 situation we wish to reassure members that we will continue to provide our services as long as is practically possible.

Visit www.swillymulroycu.ie on a laptop or computer and go to LOGIN on the top right corner of the website.

The protection of our members & staff are of the utmost importance to us. We are now providing envelopes to make it easier for our members to lodge money without having to come into the office.

Get set for college. Apply for a student loan today with our Low Interest Rate of 6.5 % APR.

Swilly Muroy Credit Union (SMCU) was founded in April, 1985. The idea was first muted at a meeting of the Fanad development association. As a result, the Irish league of credit unions was contacted and after a number of public meetings a study group was established. This group undertook in-depth analysis of the credit union philosophy, its operating principles and its business model.

Registration of the new credit union was then applied for, accepted, and on the 18th April 1985 Swilly-Mulroy Credit Union held its first organisational meeting in the community centre at Tria-lough. This was a public meeting, however only SMCU members could partake in the voting process for the first board of directors.

Today, SMCU can report some astonishing figures. It has a membership of 4,200 + people with total assets of €22 million and a loan book of over €7 million. Due to the hard work and dedication of the volunteers since the beginning, the staff under the management of James Coll and the commitment/loyalty of you the members it is hoped SMCU will continue to grow and flourish well into the future.

The modern Credit Union movement traces its origins to Germany and to Friedrich Willhelm Raiffeisen, the Mayor of a small town in southern Germany, who in 1849 formed societies, which later evolved in to Credit Unions. The purpose of these Credit Unions were to enable people to help themselves in relieving debt and poverty.

A Credit Union is a democratic, financial co-operative owned and controlled by its own members. Each Credit Union is run only to benefit its members, all of whom have something in common - the common bond.

The Irish credit union movement was founded as a result of the efforts of three dynamic, pioneering and entrepreneurial people, namely Nora Herlihy, from Ballydesmond, a teacher based in Dublin; Sean Forde, an employee of Peter Kennedy Bakers, Dublin; and Séamus P. MacEoin, from Kilkenny, a Civil Servant working in Dublin.

In Dublin in the 1950's, they witnessed the effects of high unemployment: sickness, malnutrition, money-lending, hunger, poor clothing, poor housing, and inevitably, emigration of one parent or of the whole family. In addition, state unemployment benefits were low and did not last indefinitely leaving many families in abject poverty.

The founders recognised the root of the problem as lying in the scare availability and poor management of money and resolved to identify a system that would allow people to gain more control over their finances.

Since then, the Credit Union philosophy of mutual self-help has proved very popular, and there are just under 500 Credit Unions affiliated to the Irish league of Credit Unions throughout the country.

In Ireland nearly 3 million members have recognized the value of credit unions, and have savings approaching several billion euros with their credit unions. There are thousands employed in the sector and many more thousands are volunteers involved in the movement.

Swilly Mulroy Credit Union is committed to and adamant that the people in our community are key to its success and we want to continue growing that relationship in the locality. As we grow, our dedication to excellence in the services we provide to our members will always remain our main priority.

Further to this, the ability to fulfil the financial needs of our members while maintaining the Credit Union ethos of; 'Not for profit, Not for charity, But for service’, are core to everything the organisation undertakes.

In order to fulfil this commitment, Swilly Mulroy Credit Union provide a wide array of financial services in conjunction with its enthusiastic volunteers and dedicated staff members. Under the guidance of the Board of Directors and general management, these financial services will be carried out in accordance with the regulations of the Central Bank of Ireland, the Irish League of Credit Unions and Swilly Mulroy Credit Unions own in-house legislations.

Subsequently, it can be stated that the works of Swilly Mulroy Credit Union will be competently, efficiently and professionally carried out in order to fulfil the mission statement.

Swilly Mulroy Credit Union is Regulated by the Central Bank of Ireland. Reg No. 413CU